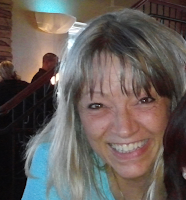 Donna Elias was born on April 2nd, 1956 and me on August 30, 1956.   She was born in Vancouver, British Columbia and myself in Oceanside, CA (albeit I rarely admit I am from California).    Donna lived in various places in Canada until she was 10 years old as her father was a pilot in the RCAF.  Her father then took a pilot's position with American Airlines and she moved to Cupertino, CA.  Donna has two brothers Dave and Patrick.    I lived in Oceanside until I was 16 when my parents moved and purchased a 20 acre hobby farm in Corning, CA.   I have two sisters Stephanie and Janie.    Donna graduated from Cupertino High School and  I graduated from Red Bluff High School, both in 1974.  Donna is still a Canadian citizen to this day, but threatens to join us Americans all the time.

After high school neither Donna or I were inclined to go to college so we both joined the US Air Force (yes a Candian citizen can do that).  We both went into aircraft mechanics.   I was two years ahead of Donna and worked on B52s and then got a transfer to Frankfurt, Germany.   Donna went straight to Germany right out of tech school.   We flew to Germany on the same plane and met when the plane landed.   We both worked on C5As and C141s while at enroute in Germany.  We were friends for a couple of years, but then got together at a Billy Joel concert.   We got married about  two years later on December 13, 1980.
I left the Air Force because I wanted to “get into computers” and the Air Force wouldn’t cross train me.   Donna and I moved to Sacramento where they had a great technical college for business and computers.   I graduated with great grades and became a computer operator for a company in Sacramento.   Donna worked as a bookkeeper during this time and got some really good skills that helped us a lot through the next few years.


While living in Sacramento and after having been married for just over two years, we had our first child, Tony Warren (Skipper) on December 8, 1982.   Donna was staying home with “Skipper” when I got a new job in Portland, OR.  We moved to Oregon in the winter of 1983 where I worked in the telecom industry for 10 years and we had our second child Lucas Donald on November, 23, 1987.
The first couple of years in Oregon, Donna worked as a bookkeeper, but when Lucas was born she was all about being a stay at home mom.   Based on how our boys have turned out we were so blessed that this could happen.   Also, while in Oregon we got our first boat a 12 foot Alumnicraft boat with a 10 horsepower motor (never got a name).


In 1992 the company I was working for fell on hard times and opportunity presented itself in Phoenix, AZ with another Telecom.  We moved to Phoenix which I really enjoyed, but Donna not so much.  Days regularly over 110 degrees were a little much for a good ole' Canadian girl.


However, we made some great friends, had a lot of fun (in places where they had A/C) and we got our second boat a 1995 2050 Bayliner open bow fish and ski(The Donna Sue, Skipper and Luke too).
We lived in Phoenix until 2005 when my last and final telecom opportunity presented itself in Austin, TX.

We moved to Austin in January and it snowed the day after we arrived.   Donna was all about the snow even though it didn't snow much in the 10 years we lived there.
Our boys grew up in Lakeway and it was an awesome place to grow up.   Skip was Valedictorian of his high school class (2001) and Luke in the top 10% (2005).   Skip was a ranked junior golfer (342nd in the world)
and Lucas an all-state running back.  Luke's career got cut short in his senior year due to a torn ACL which turned out to be a huge blessing in disguise (great, long story for another time).

Skip went to Baylor where he graduated with honors and is currently a Landman in the oil and gas industry in Houston.

Lucas graduated from Georgetown University (Washington, DC) and is currently a VP of Market Research

Skip met Jennifer Maycock at Baylor, they got married and have three kids Brecken (2004), Amsie and Branson (twins - 2013).   Lucas met Maddie Winum while he was working in Dallas in his first few years after college and got married in 2017.   As of this writing, no kids, just Meta their Rottweiler. 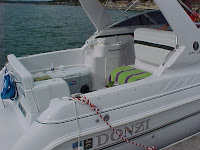 In 1995 after the telecom industry had run its course I decided to go into sales after a friend of mine reached out to me and asked me if I'd be interested.   I have been in high tech sales ever since and am so glad I made the change.  As I mentioned before, Donna raised the boys and grudgingly retired in 2008 as both boys were on their own. (well at least she retired from raising boys).

While on one of our trips to see Luke in Georgetown we both read an article about Galveston, TX.  To make a long story short, after five visits we sold everything in Lakeway and moved to Galveston in 2008.   This was just before hurricane Ike hit and we got clobbered.

Luckily we were leasing a house there while we looked for a house or a place to build so it could have been a lot worse.   Before we moved to Galveston we had moved the Donzi to the Annapolis, MD area and had it there for two years while Luke was in College.  We got to travel all around the Chesapeake Bay area and stayed on the boat when we went to see Luke.   We had it moved to Galveston not long before hurricane Ike and unfortunately lost her in the storm.   It was also a bit of a blessing in disguise as her draft was a bit deep for the area of Galveston Bay where we lived.

Two years after the storm we finally built our house in a small community called Sea Isle on Galveston Island.   We have lived there since and we've had three boats since the Donzi: a 22 foot Sea Ray Laguna (The Sea Hag)  center console fishing boat, an AquaSport 22 foot cuddy cabin (What 'Ev)  and an 18 foot McKee Craft fishing boat (Bubbles (original owner was a soap salesman)).  We currently have both What 'Ev and Bubbles.


Now, the winds they are a changing and Donna and I are getting antsy.  We've lived in Galveston for 10 years now and are looking for a new adventure.   What next?   We plan to spend the next 10 to 15 years living on a 50' boat traveling the Gulf Coast, East Coast and the Great Lakes Region.